Home > About > Our History

Lionel Samson & Son was founded in 1829 by two brothers who came to the Swan River Colony on one of the first settlement vessels. In 1936 Lionel Samson acquired R. C. Sadleir,  which had opened for business in Fremantle in 1895. Together we continue to be the second oldest family business in Australia.

On the 5th August 1829, Lionel Samson and his younger brother William stepped off the Calista barque on South Beach in Fremantle, Western Australia.

Purchasing Fremantle town lots 27 and 28, Lionel Samson started a merchant liquor and general import-export business. In the 1880s Lionel Samson and Son was the single largest importer of beers and spirits into Australia. Their import range included numerous British wine, spirits and beers from producers such as J.Jeffrey Brewers, Charles Ashby Brewers, Samuel Alsop Brewers, Gilbey Wines and Spirits. Lionel Samson and Son was also an agent for Richard Johnson and Nephew Limited, an ironmaster and wire drawer.

R.C Sadleir was established in 1895 as a Customs, Shipping and Forwarding Agents on the corner of Cliff Street, Fremantle. John Sadleir the firm’s founding father was of Irish descent and had already been in Australia for forty years.

By 1898, Lionel Samson’s business had grown substantially, having benefited considerably from its involvement as a major merchant satisfying demand from the Western Australian gold rush.

During the 1914-1922 period, the Sadleirs business relied largely on horse-drawn transportation in the Fremantle region. In 1925 Sadleirs moved from horse to a fleet of motor lorries and in 1955 the company fleet consisted of 21 vehicles.

In 1923 RC Sadleir Pty Ltd. registered as a company and was acquired in 1936 by Lionel Samson.

2012 saw Sadleirs and Lionel Samson and Son join to become what is now known as the Lionel Samson Sadleirs Group (LSSG) and it continues to be the second oldest family business in Australia. 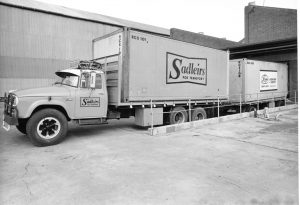 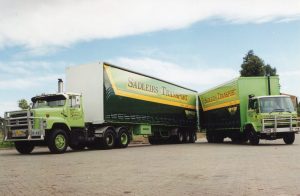 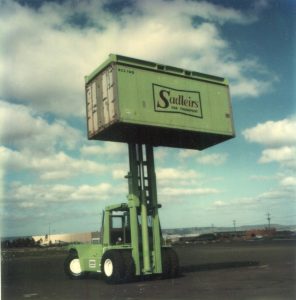